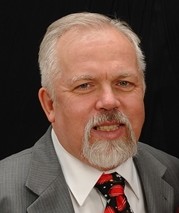 Proud to be a
Wisconsin Lawyer
Expert Adviser - Serving You

Distinctions that make a difference in Wisconsin law.

In Wisconsin, a person is legally adult for most purposes on that person's 18th birthday. This means that to enter into a contract or own real estate the person must be 18, earlier than that, they are considered not old enough for such responsibility. Similarly, for purposes of the criminal code, a crime victim less than 18 years of age is a child. That is, someone who needs special protection because of age. There are a number of statutes which make offenses crimes when committed against a child or which make behavior that would be a misdemeanor if committed against an adult, felonies when committed against a child.

For purposes of the criminal code, a person prosecuted for committing an offense under the age of 17 is considered to be a juvenile, and when prosecuted at age 17 or older, an adult (age 10 for some offenses). This can lead to bizarre results including:

It gets even more bizarre when you consider that it is not the date of the offense that determines whether or not someone is charged as an adult or a juvenile but rather the date of charging. (It is more complicated than this but this is the short version.) If two eleven-year-olds touch each other sexually and it isn't discovered by the authorities until they turn 17 (or 30), they both can be charged with felony child sexual assault, as adults.

If a ten-year-old is in a fight with an adult and kills that adult, it is possible for the ten-year-old to be charged as an adult with homicide without any waiver of juvenile court jurisdiction.

These anomalies would be relatively easy to fix in the statutes, but these laws have been in place - and people (including kids) have been prosecuted under them for a number of years.

Miranda Rights - the other side - a card about your "rights"

Dressing for Court - A page of thoughts on how to dress for court.

By clicking on a button or link below you will be attempting to send an email to the office of Attorney Charles Kyle Kenyon. We do not give legal advice or opinions to non-clients over the phone, the Internet, or by email. Sending an email to us does not establish an attorney-client relationship. Confidential information should not be sent by email. Do not expect that information sent us will be kept secret. If your email is about a legal matter please restrict your email to:

Clicking on the button or link below means you have read the above and agree to keep any communication about legal matters within these limits.

This is a living hypertext document. If you find any errors, of fact or in links, please contact me so that they may be corrected. Please also write to me for permission to copy.

You can reach me at Lawyer at Add Balance.